by The Belle Sounds 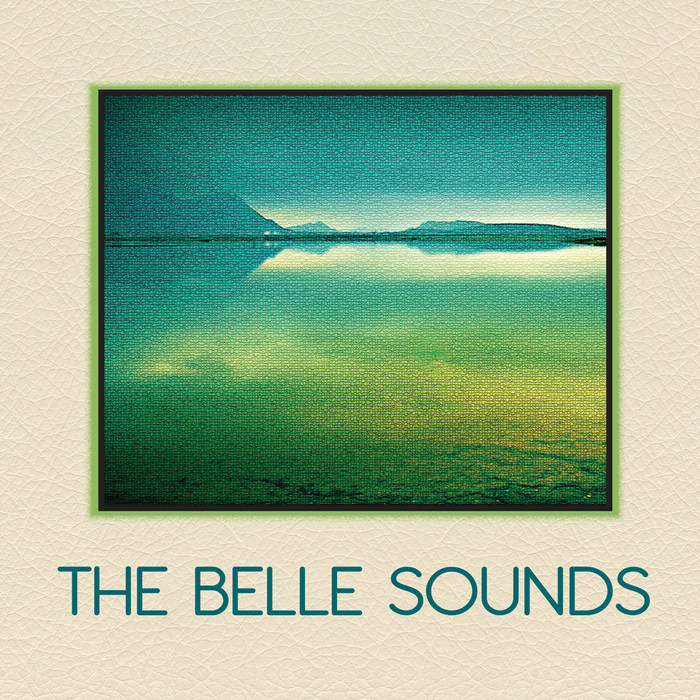 Noëlle Hampton sings like a wistful angel, her warm honeyed tones dripping with tender resignation. She’s released four albums under her own name, all marked by uplifting melodies, insightful lyrics, her quietly powerful vocals and the understated guitar virtuosity of her husband and musical partner, André Moran. With their new band, The Belle Sounds, she continues exploring deep emotions with a collection marked by her characteristic insight and compassion.

“I wanted to go back to the songwriter/indie rocker vibe that first got me started,” she explains. “I wanted something different, even though the thought of something completely new at this stage of our careers is both exciting and terrifying.” It took Hampton almost a year to write these songs, but after recording eight of the new songs in Austin, they realized the music was not in line with her vision. “We stopped cold and took almost a year to contemplate a new approach. In that time, I wrote more songs, all tilting in this new direction, and we realized this was the perfect opportunity to start a band project.”

After a long search for the right producer, Hampton and Moran found Neilson Hubbard at Mr. Lemons studio in East Nashville, TN. They recorded most of the record in two weeks and their spontaneous energy shows in every note. With producer and multi-instrumentalist Neilson Hubbard (Garrison Starr, Glen Phillips, Kim Richey) and drummer Evan Hutchings, they made an album marked by buoyant pop melodies, poignant lyrics, moody keyboards, reverb drenched guitars and a sense of delirious melancholy.

The bright folk/pop on The Belle Sounds balances electric and acoustic instruments to surround Hampton with lush arrangements that compliment her passionate vocals. Moran’s subtle, shimmering electric guitar arpeggios set the stage for “Island,” a dreamy celebration of love’s power to keep you safe, even when disaster is looming. Twinkling piano and Hampton’s sinuous, processed harmonies support the lilting melody of “Away Away,” a contrast to a vocal ripe with the mellow longing of a broken heart. Charlie Faye and Will Sexton add harmonies to “The Starry Eyed,” a ballad that salutes the dreamers and artists of the world. “Bourbon on Your Lips” is an uplifting pop tune with a serious message about the tension between love and anger in a relationship. Moran’s playful, chiming guitar and Hutchings’ propulsive drumming balance Hampton’s ardent vocal. (“Bourbon” will be featured on the soundtrack of Dark Skies, the Kerri Russell film directed by Scott Stewart.) The delicious tension between Hampton’s soulful, simmering vocals and the band’s uplifting arrangements makes The Belle Sounds is a perfect album for solitary late-night reveries, or playing at top volume on a long cross country drive, a collection that proudly wears its heart on its sleeve.

Hampton and Moran met in San Francisco. Both had played in other bands, but when they met, something clicked. “When I first saw André I walked up to him and said, ‘I think I came here to meet you tonight,’” Hampton recalls. “We went on one date and we’ve been together ever since.” Hampton had just left a band, but wanted to enter a contest to win a slot to play on Sarah McLachlan’s Lilith Fair; she asked Moran to be her backing guitarist. They won the contest and Hampton received rave reviews for her performance during the 1998 Lilith Fair. Soon after, she appeared the first iTunes commercial with Iggy Pop, Aimee Mann, Michael Penn, Jeff Tweedy, Exene, Barry White, Ziggy Marley, Dwight Yoakam and many more.

After years of relentless touring and four albums, Hampton and Moran moved to Austin, Texas. “We were exhausted,” Hampton says. “We’d played hundreds of gigs, toured, made albums and tried to get the music out there. In Austin, we focused on getting jobs and making friends. The thought of putting together another band was overwhelming, so I stopped.” Moran continued playing with other people and teaching recording classes, but Hampton took a day job and stopped performing.

When “Here on the Ground,” a song from her 2002 EP, Five for the Road, was licensed for the ABC show Men in Trees, Hampton started writing again. Her next album, Thin Line, saw her moving away from pop for a sound that was more roots-rock, influenced by the country and folk sounds of Austin. With The Belle Sounds, she’s leaned back to the indie/songwriter side, yet still incorporated all of her influences to give us some of the most exquisite songs she’s ever written.

The 5 piece band they perform with has brought about a revelation for Noëlle. "We worked for months to put a band together that could match what we did on the record. It wasn't easy, but we have found some AMAZING players and people to surround ourselves with. Having 3 part harmonies is blowing my mind. It is making me write differently as well, so we look forward to the journey toward the next record as well. At this point, I have an incredible perspective on the industry and my music. We create because we can. We play music because we want to. We don’t have any expectations from the industry, and it doesn’t have any of us. We are independent musicians and we love it. All we can do is strive to constantly be better than the day before.”

"Effervescent folk-pop done with tremendous buoyancy and melodicism, one can’t help but be swept away by the sheer infectious tunefulness that’s richly evident in this spot-on delightful album. Noelle Hampton’s sweet honeydew voice soars with breathtaking grace and agility. The harmonic arrangements likewise hit the dulcet spot, thanks to both the superbly proficient playing and the sure grasp of heavenly lush hooks. In addition, the songwriting digs deep into a strong melancholy mood with often touching results (the haunting “Away Away” in particular is simply heartbreaking in its plain-spoken articulation of forlorn regret). A beautifully fragile and affecting little jewel." - Joe Wawrzyniak, JerseyBeat.com

The Belle Sounds (www.thebellesounds.com)– Here’s another of the duos that are so popular nowadays. This one pairs husband & wife Andre Moran and Noelle Hampton. The Austin-based couple’s music is more poppy than twangy but always marvelously melodic. “Bourbon” is the song I would order firsts off of their Neilson Hubbard-produced eponymous debut. -Musical Shapes/Michael Berick

Bandcamp Daily  your guide to the world of Bandcamp

Featuring appearances from Kari Faux, Bluestaeb and and interview with NY-bred artist Wiki